Construction will start this spring on the biggest upgrade to Long Plain School since it was built in 1988.

The school’s principal says the renovation project will bring a lot of opportunities for the southern Manitoba First Nations community, which is about 95 kilometres west of Winnipeg and close to Portage la Prairie.

Bill Beauchamp, who has been the principal of the school since 2010, says staff are most looking forward to the library being renovated.

“We have our resource [department] running out of the library right now, so we’re not utilizing it as a library per se,” he said.

“It’s pretty exciting for everyone. In fact, a lot of them have been talking about … being able to go into the library and do some research with the students and some reading.”

Long Plain First Nation recently posted an update on its website, offering a “first look” at architectural renderings of the renovation project for the school, which serves nursery to Grade 8 students.

Construction will begin in May and is expected to be completed next year, Beauchamp said.

Some of the other highlights he notes include a larger kitchen for home economics classes, a larger nursery and kindergarten space, and a new “Elder Room,” where students will be able to talk with elders.

As well, a stage area will be added to the gym, and the project will include an upgraded playground with a fenced-off yard for younger students, which Beauchamp said is important for safety.

Space for equine therapy training is also in the works, as well as a greenhouse and gardening area for kids.

“I am really excited,” said Beauchamp. “Ever since I started working in Long Plain School, we’ve always said that we needed more room for our students, and more room for more activities.”

Long Plain First Nation and Indigenous Services Canada are sharing the costs for the project, with $4 million committed by ISC and an estimated $3 million in secondary funding coming from Long Plain, said Chief Dennis Meeches.

With the funding, Beauchamp says the school is also hoping to purchase a generator so the space can be used in case of weather-related events.

Meeches says the extension is definitely needed and the First Nation is appreciative of all the support for the project, which has been in the consultation stage for a couple of years now.

“A couple of years back, we were almost ready to begin some work on the extension,” Meeches said.

“Then we reached out to Indigenous Services Canada about the seriousness of this project moving forward. They stepped up to the plate and they provided support.”

In a statement provided to CBC News, Indigenous Services said it is committed to supporting Indigenous people’s control of education and collaborating with Indigenous partners on the upgrades to the school.

No further details on funding specifics were available from ISC at this time. 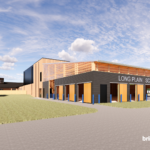 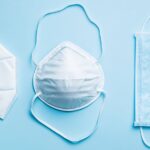 Next:
Mask Mandate To Stay In Effect in Long Plain