OTTAWA — A Manitoba residential school has been deemed a national historic site, which local First Nations plan to use to educate the world about what happened across Canada.

The federal agency has also deemed residential schools “an event of national significance,” in accordance with the 2015 Truth and Reconciliation Commission’s calls to action.

The federal government separated at least 150,000 First Nations, Inuit and Métis children from their families, putting them in schools often run by various churches, in which abuse was commonplace. Children learned little curriculum and often lost their language and cultural ties, sparking intergenerational trauma.

The building in Portage la Prairie currently has a provincial designation, with a plaque in multiple languages. Meeches said his band has operated tours through the building, but wants to make it a proper residential-school museum, library and memorial garden.

That’s why the band nominated the school for the Parks Canada designation.

“We are very honoured to host a national historical site basically in the centre of Canada, and to work towards highlighting and educating, and bringing awareness about these schools to the world.”

Many of Meeches’ family members are familiar with the site. His own mother tried running away from the abuse, only to have her head shaved to serve as an example for others.

His uncle recalls being left outside while sick with pneumonia. He recovered and eventually fought for Canada in the Second World War.

Those are commonplace recollections, according to national records. Children from numerous First Nations in Manitoba were sent to the school and endured harsh labour, horrific abuse and isolation from their families.

The building designated Tuesday opened in 1915, though the school operated at another site just east of Portage for years.

The Portage school was established in 1888, and ran under United and Presbyterian leadership over the course over eight decades, operating as a residential school until 1960 and then a student residence until 1975.

For decades, Indigenous people have debated what to do with the buildings and records left over from residential schools; some say the legacy is too painful to preserve.

But many bands and organizations have opted to keep the assets as a way of reminding society of what happened.

The Long Plain band acquired the derelict school building in 1981 as part of its treaty-land quota, and installed a college that has since moved to Winnipeg.

“There’s a lot of scars in that (building), but I think it’s made us stronger and more resilient,” Meeches said.

Parks Canada says the three-storey brick building is “a rare, surviving example” of residential schools. It says the imposing shape and size in an isolated space “generated feelings of dislocation, intimidation and fear in the Indigenous children who lived there,” who were raised in open-air environments.

Environment Minister Jonathan Wilkinson, who oversees Parks Canada, said the commemoration is only one step of the TRC calls-to-action, but an important one.

“While these designations will not undo the harm that was done, it is my hope that they will help us learn from the past,” he said in a livestream event. 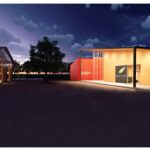 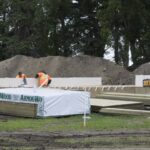 Next:
Long Plain First Nation is yet working on further expansion