Today, Chief Dennis Meeches and the Honourable Marc Miller, Minister of Crown–Indigenous Relations, announced that Long Plain First Nation and the Government of Canada have reached a settlement on the 1916 Surrender – Mismanagement of Sales Specific Claim. This achievement marks a significant step toward addressing the wrongs done to the community and rebuilding Canada’s relationship with Long Plain First Nation.

Submitted by Long Plain First Nation in November 1999, this specific claim concerns the sale of First Nation reserve land in 1916, whereby Canada failed to administer the land sales according to the terms of the surrender. Canada accepted the claim for negotiations in September 2011 and has worked alongside the community to achieve a settlement. The First Nation held a successful ratification vote on August 1, 2021. The settlement agreement was executed by Minister Miller on November 8, 2021, formally concluding the claim.

In the settlement agreement, Canada agreed to provide $31,942,680 in compensation, and to provide the option for the First Nation to acquire up to 1,750 acres of land and apply to have that land added to reserve.

Through mutual collaboration and the community’s engagement, this agreement between Long Plain First Nation and Canada represents a mutual understanding to rectify the error in our history for the members of the community, and for the generations to come. The successful resolution of this settlement, which is due to Long Plain First Nation, is a key step in Canada’s commitment toward reconciliation—one that demonstrates our commitment to rebuilding trust and one that acknowledges and respects the Treaty relationship and helps build a better future for all Canadians.

“Congratulations to Chief Meeches and Long Plain First Nation on the successful completion of this historic settlement. We recognize the harm caused to Long Plain First Nation by Canada’s failure to administer the land sales according to the terms of the surrender. As we renew our Nation-to-Nation relationship, we are committed to working together and rebuilding trust, and we continue to address past wrongs for a better tomorrow.”

“The Long Plain First Nation 1916 Surrender Claim settlement will ensure that our children will enjoy a bright and prosperous future. This settlement was made possible due to the hard work and dedication of our members, some of which we have lost since the claim was initiated. Today it is an historical step forward on the path of reconciliation. Thank you to all involved.” 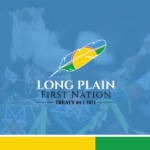